The Friends of DHCT are our core supporters. They further the aims of the Trust by donating an annual subscription which enables them to attend our various events, including our celebrated Church Crawls in the summer and Lecture Lunches in the winter. Our Friends help us to run our major fund raising event Ride + Stride and, over time, they become more closely involved by volunteering to be Parish Organisers, Deanery Area Representatives and even Trustees. Some very generously remember us by making a bequest in their Will. For a subscription of £20 (or more if you wish) you can become involved in the work of DHCT – please look at the ' Become a Friend' leaflet.

The first Lecture Lunch on the theme of "Sheep to Shelf - a look at illuminated manuscripts with a focus on the Sherborne Missal" - took place on  21 January at the Langton Arms, Tarrant Monkton DT11 8 RX. See here for a report   Dr Tim Connor spoke on "Dorset Church Architecture - mostly medieval" on 20 February.

Spaces on church crawls and lectures are limited so please book in good time if you wish to join in on any of the events. Contact Sue Smith on 01725 552225 or [email protected]

WE REGRET THAT THE LECTURE LUNCH PLANNED FOR TUESDAY 24th MARCH on "Modern Stained Glass in European Churches" by Brian Woodruffe HAS BEEN POSTPONED UNTIL A DATE IN THE AUTUMN. Payments already made will be carried forward unless their return is specifically requested. 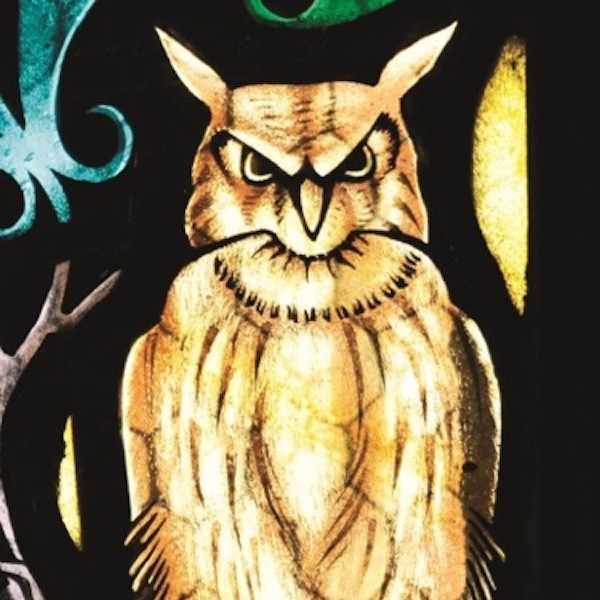 The following are the dates planned for events during the coming year. Occasionally there may have to be minor changes to venues or dates so please check with Sue Smith (see below) before sallying forth!

We met at 10.30am, visited 4 or 5 churches, enjoyed a pub lunch and usually finished the afternoon session with a “tomb top” tea before going our separate ways about 4.30pm. This was our programme for 2019.

Here is our "end of term" Newsletter. You can read it all on the screen or print it off, using the link at the end of the first paragraph.

Friends in large numbers turned out for two outstanding lectures this year at the Langton Arms, Tarrant Monkton. On February 28th Brian Woodruffe spoke on stained glass in Wessex and on March 26th Tim Connor reviewed War Memorials in Dorset churches. We are lucky to have such authoritative lecturers, and to have a welcoming venue where an excellent lunch is provided, allowing plenty of time to meet other Friends socially and to engage informally with the speakers.   View full Newsletter

Friends have enjoyed a great summer of church crawls starting on 14th May in the deep west of the county at Whitchurch Canonicorum, Charmouth, Monkton Wyle and Catherston Leweston. The June crawl started at Tollard Royal on 12th June and Friends generously supported a “bring-and-share” lunch in Sue Smith’s garden after visiting St Laurence Church, Farnham. After lunch we visited the small chapel at Gussage St Andrew and were lucky to have the experienced conservator Ann Ballantyne to decipher the beautiful and ghostly wall paintings. At Sixpenny Handley we were warmly welcomed by Canon Richard Hancock and were able to admire the newly re-discovered and re-installed reredos by Martin Travers.

In July, the Friends were greeted with refreshments at St Anne’s church, Radipole and from that lovely spot we visited St Aldhelm’s in Radipole, then Preston and Osmington, with a very sociable lunch at the Springhead pub in Sutton Poyntz.

In September we dipped our toes into Wiltshire! The crawl was themed on the stained glass of Henry Haig. The Friends had turned out in good numbers and were greeted with tea and coffee at Charlton church where Brian Woodruffe spoke eruditely about the stunning stained glass by Geoffrey Webb and Alan Younger. We next visited Donhead St Mary and then lunched at The Benett Arms, Semley sitting outside in the brilliant sunlight. In Semley church we were moved by the beauty of the Henry Haig window memorialising PC Yvonne Fletcher, a daughter of Semley, who was shot dead while on duty outside the Libyan embassy in London in 1984. Also in the church is an unusual window by F C Eden, a detail of which features on our 2020 event card. The last church we visited was the church of The Most Holy Name and Edward, King and Martyr in Shaftesbury. Here again the work of Henry Haig offered a beautiful and spiritual focus to the building with his east window of 1977.

The Ride+Stride is a national event held every year on the second Saturday in September. In Dorset it is the chief fundraising effort for the Trust during the year and supporters are out and about riding or striding between churches or manning those churches to welcome visitors through the day. In recent years a wider variety of activities have taken place on that day – or over the weekend – which have been sponsored to raise cash for restoration projects in churches all over Dorset. Each year the Trust awards The Morshead Trophy for the parish which raises the largest sum in the Ride+Stride. In 2018 the parish of Chettle, despite its small size, was the winner. The trophy was awarded to the parish organiser, Alice Favre, by the Archdeacon of Sherborne, Penny Sayer, at a reception hosted by Mrs Rosamond Sweet-Escott and attended by many Friends at Chettle House on 13th May. The Chairman of the Trust, John Stokoe, praised the remarkable efforts of everyone who took part in the Ride+Stride, and raised over £80,000 in 2018.

Each autumn the Friends of Dorset Churches year ends with a get-together and in 2019 over 60 Friends of the DHCT were welcomed in the Garden Room at Cranborne Garden Centre to mark the conclusion of this year in support of the Trust. Chairman, John Stokoe, gave a review of a successful season of church crawls and was able to add that early figures for the results of the annual Ride+Stride were looking very good.

Following a splendid buffet lunch in the Garden Room, members progressed to the church of St Mary and St Bartholomew, where Dr Tim Connor gave an authoritative account of the history of the building since before the Norman Conquest. A lovely musical interlude was provided by Janet Coles, cello, and Laura Manning, piano.

Sue Smith, who with Mike Warren had done so much to make the day possible, then spoke about the stained glass in the building which is again very varied and full of interest. After returning to the Garden Room for tea, Tony Bates of the Dorset Wildlife Trust gave a well-illustrated talk on the Living Churchyard Project. The importance of churchyards as havens for wildlife and their suitability for this role was plainly evident.

The Trust looks forward to the new year with vigour and enthusiasm. For details of membership and of next year’s events, which start with the first winter lecture/lunch in January, contact Sue Smith on 01725 552225 or email [email protected]