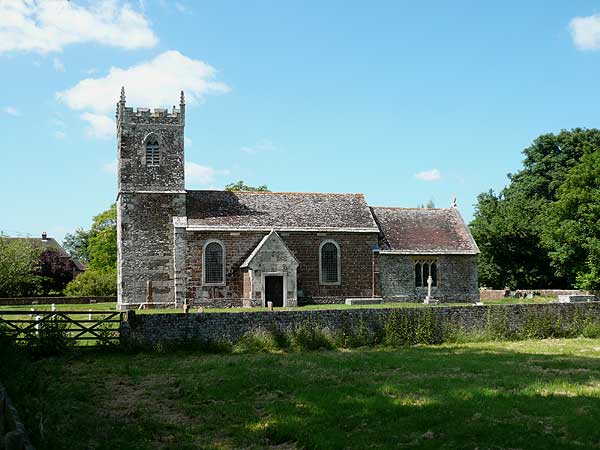 The Church of St Mary is 11th century in origin.  The  North aisle arcade is early 12th century with scallop capitals and single heads in the spandrels.  The church was restored in 1907 and re-roofed in oak.   The chalice shaped font is formed from one 13th century Purbeck marble bowl resting on the upturned remains of another.  The base of the second font can be found in the churchyard.  Interesting stained glass:  The north window of the chancel contains a miscellany of painted glass of 15th to 18th century.  There is a Swiss Last Judgement dated 1610  set between panels of English medieval fragments.  Also a Swiss heraldic panel of 16th century showing a half man emerging from a crown and holding antlers in each hand.  Note also the roundel by William Glasby (1931) showing an image of the church. 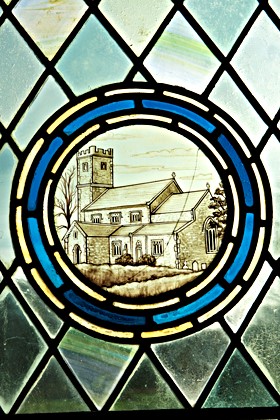 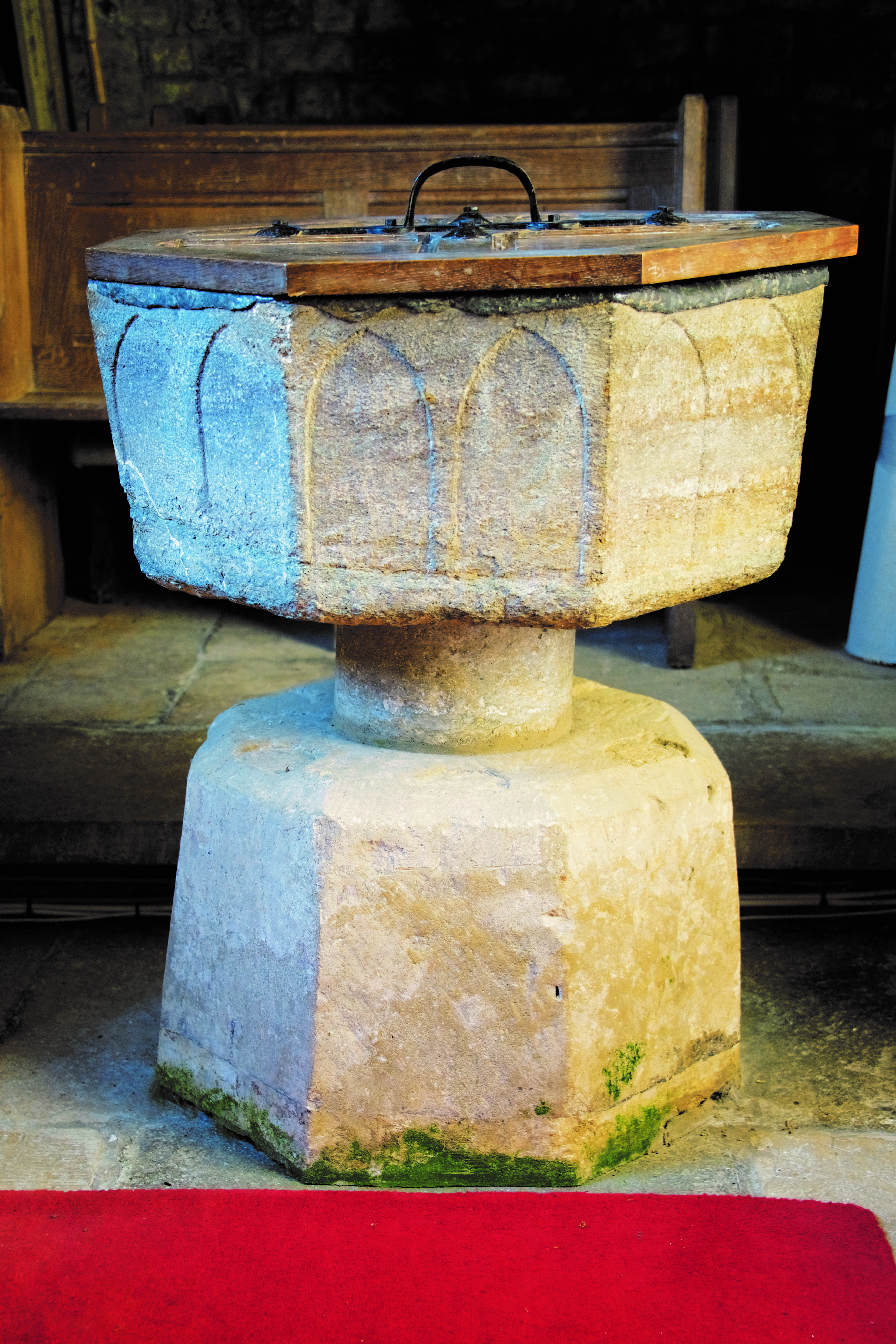 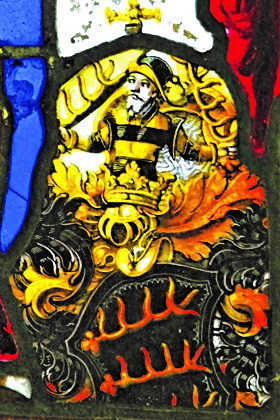