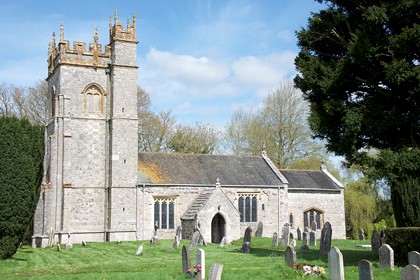 In 987 AD, land of this neighbourhood was given by Alfrith, or Affrith to the Abbey of Cerne - from this donor, combined with that of the river, the name of the village presumably comes.

The earliest datable parts of the church, about 1230 AD are the East Window, the smaller chancel pointed window and the trefoil arch of the south door. The chancel arch is early English, the North arcade about 1460. The other windows are all of the perpendicular style.

The tower is a fine example of Perpendicular period, dated about 1462. It is of flint and grey stone with pediment and pinnacles of yellow Ham Hill stone, in which it resembles many other Dorset and Somerset towers. The buttresses on the East side spring from corbels below roof level on the West wall of the church, a feature shared by the beautiful tower of about the same date at Cerne Abbas. There are some nice gargoyles and heraldic beasts round the tower. The arch between tower and nave has a panelled soffit.

The chancel arch is pierced on the North side by a hagioscope. On the South side is a doorway and stair which led up to the rood loft. On the South wall, just East of the door, is a holy water stoup, and in the South chancel wall a piscina.

There are two fonts, both of the Norman period. The square one in the North-west corner belongs to the church; the round one in the chapel was brought here for safe keeping when the roof of Tonerspuddle church was declared unsound.

The pew ends and the carved pulpit are particular features of the church. As can be seen on a pew in the North aisle:- "Thes seyts were Mayd in the yeare of our Lord God MCCCCCXLVII (1547) the tyme of Thomas Lylynton, vicar of this Cherche." The pews were renewed in 1883 by Messers Hems of Exeter, retaining the carved ends and some linefold panelling. Six more pews were added during the years 1885-90, made by Messers Parsons of Dewlish.

The pulpit, of about the same date, has five panels containing delicately carved figures below which are medallions with the symbols of the four evangelists and the fifth of the pelican. Lylynton, a monk of Cerne Abbey, was appointed vicar here in 1534; in 1539 the Abbey was dissolved and the monks scattered; in 1547 the inscription was set on the pew. One wonders whose were the hands that drew the designs and used the chisels during those years of bitter change.

The screen dividing chapel from nave was one of Sir Ernest Debenham's many gifts to the church. It is partly made from the screen which used to be at the West end, and this in turn was constructed from the chancel screen.

The reredos, the figures of St Laurence and St Cecilia on the East chancel wall and of the Virgin and Child in the chapel were designed and carved by Loughnan Pendred of Cambridge, as also was the crucifix in the war memorial shrine in the garden of peace at the East end of the church. These were given by Sir Ernest Debenham, so also was the beautiful altar frontal of fifteenth-century Spanish Embroidery.

The monument on the North chancel wall is to Edward Lawrence. The Lawrence coat-of-arms, here shown, is supposed to have been the inspiration for the US flag. George Washington's mother was a Miss Lawrence and her arms were quartered thus with the Stars and Stripes.

The present organ, sited in the tower, was installed in the autumn of 1998. It was built by Bevington in the latter part of the nineteenth century and underwent considerable refurbishment on installation. This organ was previously at Collingbourne Kingston church in Wiltshire.

An hour-glass from this church which was treasured by the then parish clerk, Robert Hookey, long after it had gone out of use, was lent on his death to the county museum, Dorchester, where it still remains. The sand runs for 62½ minutes. 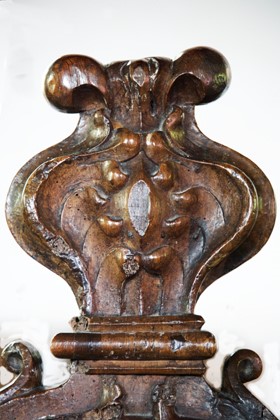 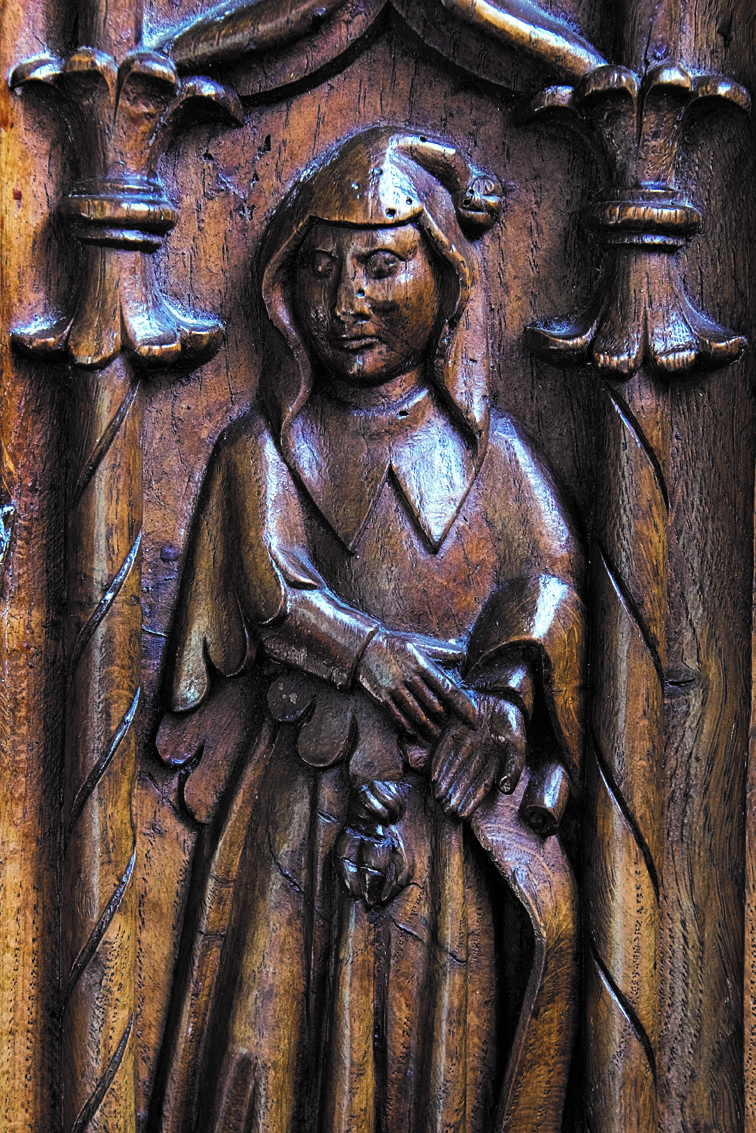 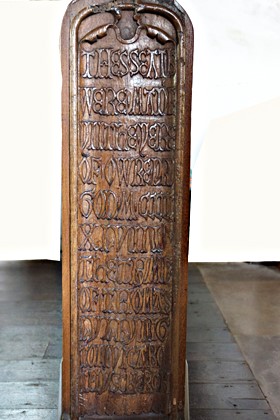