Church of the Assumption of the Blessed Virgin Mary Holnest 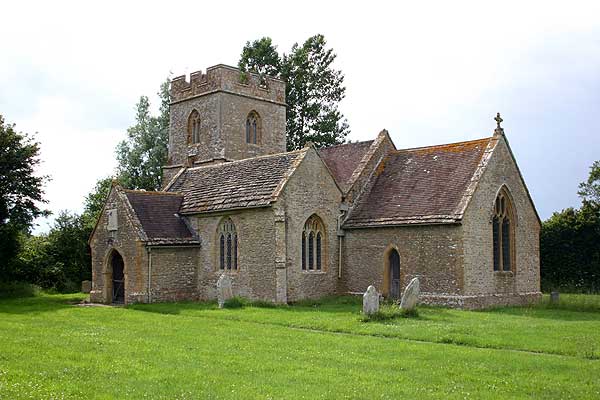 This little church lies almost all alone in a large graveyard on the western side of the main Dorchester to Sherborne road.  The village it served has largely vanished.  It has not always been so for Sir Frederick Treves reports in his 'Highways and Byeways in Dorset', first published in 1906, that there was a huge mausoleum, "of marvellous hideousness" erected by a local squire.  This squire was clearly rather hung-up about death because he used to make his staff practice his funeral arrangements, including the full procession, on a regular basis!  There is nothing left of the building now.

The church is delightful with a short tower and a variety of roof shapes.  The experts seem to be coy about the dates of this building, although it is mainly C15 and the chancel is definitely 1855.  Inside, the most important feature is the charming white painted box pews with a unique (for Dorset) curved candle sconce above each.  There is a Jacobean pulpit and C13 font.