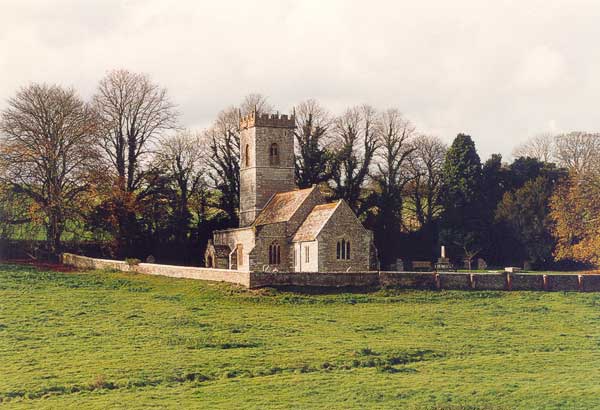 The origins of this very attractive church, with a proud upstanding tower and constructed largely from flint, are shrouded in mystery, although the guide suggests there has been worship taking place on the site for about a thousand years.  However,  the oldest elements of the present building are the superb C13 pillars with moulded Purbeck marble capitals and arches found in the south arcade.  The chancel is C14 and the north arcade is late C15.  The Victorians could not resist a restoration in 1874, but it was restrained and the medieval atmosphere of the building was mercifully allowed to survive.

There is a good, largely unembellished, Jacobean pulpit.  A strange stairway  leads very steeply to the bell chamber and is well worth a look.  Other items of interest include two hagioscopes (or squints), a piscina, a stoup and an ancient font reputedly from the original church.

The organ was bought from Holy Trinity, Dorchester when it was declared redundant in 1977.

This is a lovely country church that generously rewards a visit.