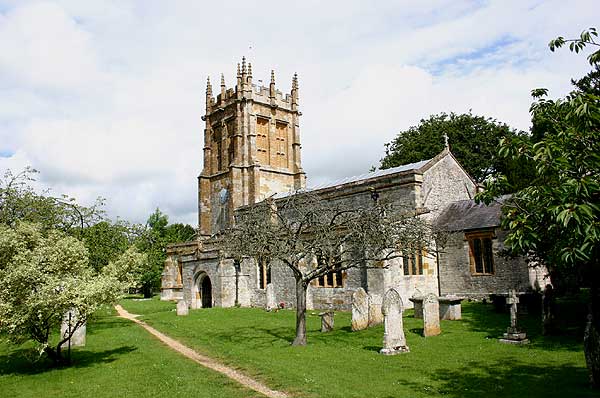 Charminster takes its name from a combination of Celtic words. 'Cerne' and 'Char' have the same meaning, so Charminster simply means a church by the River Cerne. For a village church this must surely rate amongst the superlatives. It is magnificent and has origins in the 12th century, but all that remains today is the impressive nave with early pointed arches to the arcades and the round-headed chancel arch with nail-head decoration on the west side. The original chancel was demolished in C17 when the arch was partially blocked with an east window set in it. The present smaller structure was probably built in 1838 and is very restrained, being serenely simple and peaceful. By the late C19 the church was in a poor state and C.E. Ponting of Marlborough, who was the diocesan architect, was briefed to carry out a major restoration. This proved to be an inspired choice because he approached the work with great sensitivity. He would have liked a new, larger chancel to follow the footings of the original, but in the end it was left as it now is.   The Trust gratefully acknowledges images and text by Robin Adeney ©