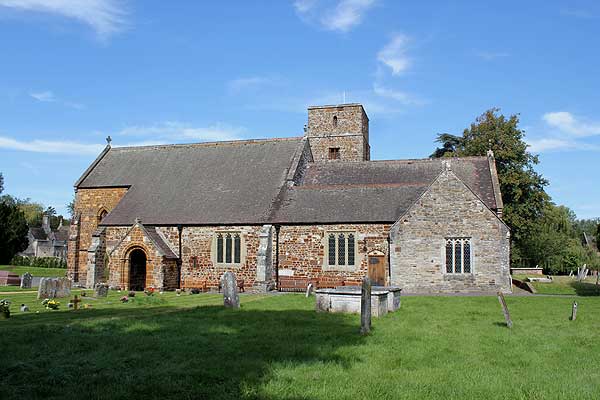 In the past, there have been some who have suggested that this church is not very beautiful, but 'beauty is indeed in the eye of the beholder' and this commentator finds much of it most attractive. More importantly, it is hugely interesting, steeped in history and obviously very much loved by its congregation. The setting, despite its proximity to the famous school of the same name, is both peaceful and charming.

This is the oldest building in the Borough of Poole, with a foundation reaching back to the late Saxon period, probably around 1050. That structure now forms the chancel. A nave was grafted on to it by the Normans, who also added the slightly oddly placed northern tower of 1180. It may have been erected to buttress the church from falling down. There are still some little Norman windows, although the lighting must have been considerably improved in C14 by the addition of further windows. The chancel arch, south chapel and aisle are also Norman. High in the north wall of the south aisle there are the remains of an excellent example of a Rood loft access stairway.