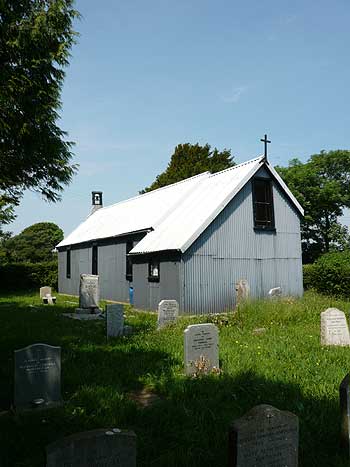 "We have been able to provide a church for a part of our parishioners whose distance from the parish church has in great measure deprived them of its ordinances."  So the Revd Dr. Alfred Edersheim announced in the Loders Parish Magazine in 1882.

Alfred Edersheim was a very distinguished man.  Born of Jewish parents in Vienna in 1825 he came from a wealthy background, his father was a banker, and Alfred received a good education.  Unfortunately his father's bank collapsed and Alfred was forced to fend for himself.  He began to teach languages in Pesth (now Budapest) and while there met a Presbyterian minister.  He began with missionary work and married.  In due course he was appointed to a church in Aberdeen where he began the first of many books.  In 1860 because of his failing health he moved to Torquay where his wife died.  He remained in Torquay for some years, writing several more books.  He became Anglican and in 1875 was ordained. With his second wife he moved to Loders on being appointed vicar.