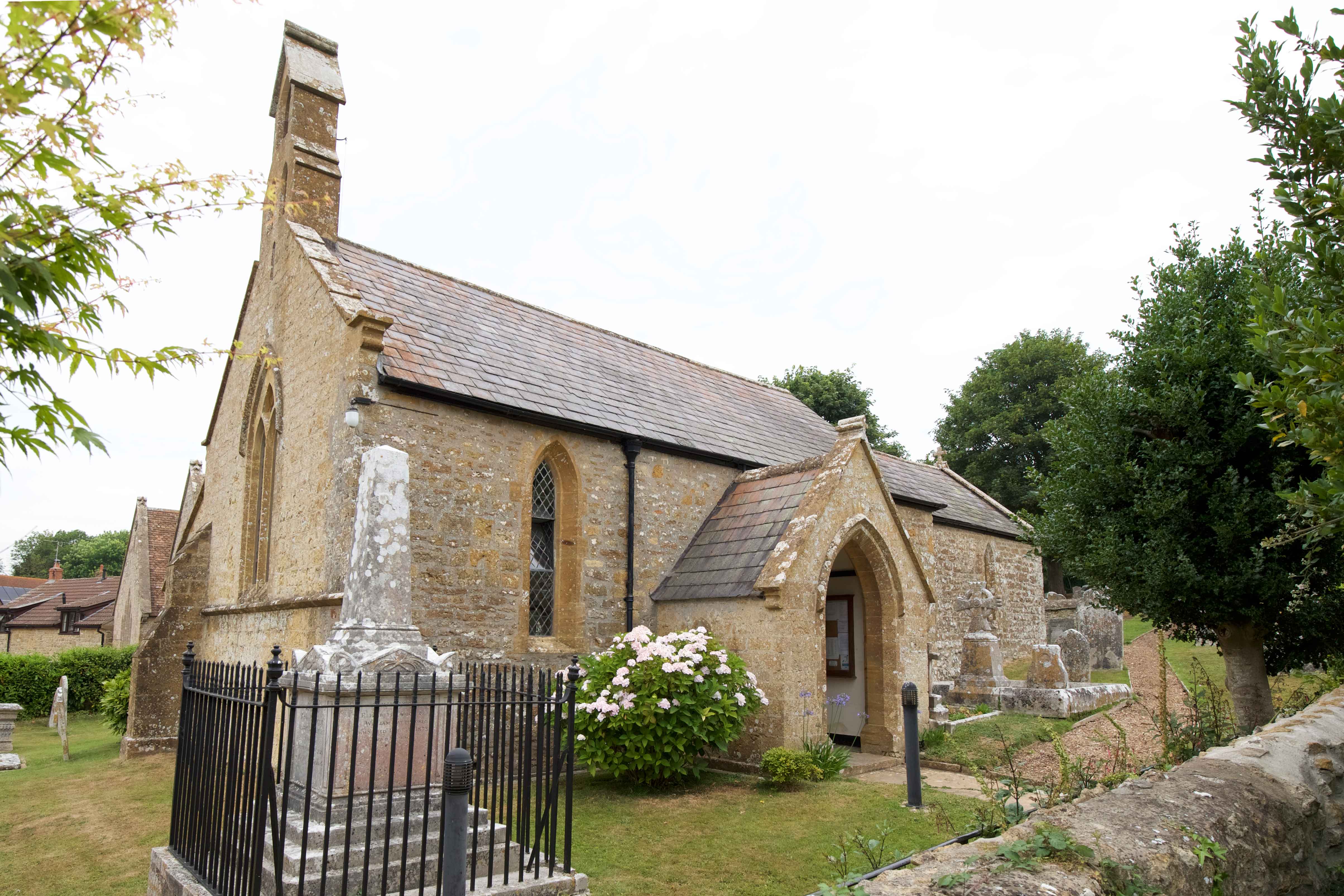 The village of Walditch nestles under a protective hill, replete with strip lynchets. This is a delightfully rural settlement with some most attractive stone cottages, although there have been a number of modern developments.The first recorded church was founded here in 1534. However, the present building dates from a complete rebuild of 1863, in the Early English style. It is a small building designed to accommodate a maximum of 70 worshippers. Unfortunately the name of the architect has been lost, which is a pity since he created a church of beguiling charm and peacefulness. The great Dorset church sculptor, Benjamin Grassby, fashioned the corbels in the chancel to represent foxgloves, ferns and blackberries and must have been pleased with this commission because he featured them in his brochure.The pleasing square Purbeck font is C12.On the south wall of the nave there is a memorial to Daniel Stone, who was murdered without motive by his cousin in August 1862. Charles Fooks simply shot him and then turned the gun on himself, but survived. At his trial he said "I didn't like my cousin. He looked at me in a funny way". He was sentenced to death and was hanged publicly at Dorchester, but not before turning to prayer and expressing great sorrow for his crime.The Trust gratefully acknowledges text by Robin Adeney and DHCT Photography © 2018