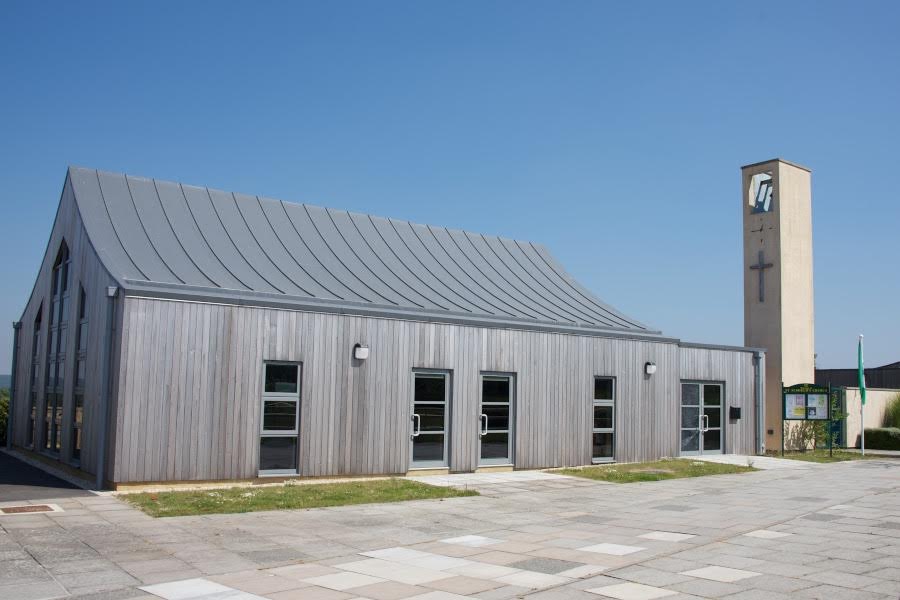 In 1999 the Diocese bought a plot of land for a new church and rectory in Crossways. A new rectory was then built, replacing the original, which is in Moreton. Plans were then started to design a community building and church for the parish, fundraising then began with the Pennies From Heaven scheme and various sponsored events. An architect was appointed and plans agreed by the PCC. The Parish Council was then consulted and plans were submitted for planning permission in 2006. This was rejected for minor reasons and a tree preservation order placed on the site. A revised submission was prepared and granted in 2007.In 2004 there appeared to be an opportunity to build the church on the new Frome Valley Church of England First School site but these plans did not come to fruition, as there was a covenant on the site that precluded the building of anything other than a school. However, in 2012 the Diocese managed to have the covenant lifted and plans were changed again. In 2013 funding for the new church was in place and in February 2014 the Diocese went to tender.On the 10th November a ceremony conducted by the Reverend Jackie Birdseye for the turning the first turf went ahead, with the honours going to the eldest child of Frome Valley First School and Sandra Sewell who is a member of the church and has been a resident of Crossways all her life and has, like many others been waiting a long time for this momentous occasion. Construction work then began in late 2014 and was completed in 2015. A dedication ceremony was then held on 21st June, when the Bishop of Salisbury came to Dedicate the building.