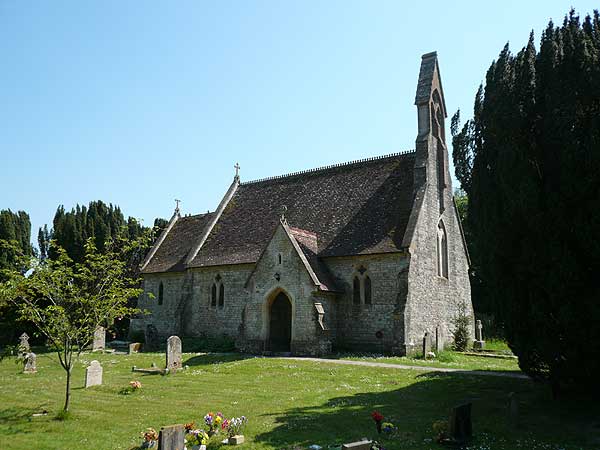 The little church is somewhat overshadowed by the presence of the truly magnificent Athelhampton House on the other side of the main road.

It is a purely Victorian structure of 1861-2 and erected as a means of moving the parish church away from the main house.  The design was by John Hicks of Dorchester who was responsible for more churches in the county than any other architect working in the Victorian era.  Thomas Hardy, who was later to achieve world wide acclaim as a novelist, was his architectural pupil and would certainly have worked on this project as a 21 year old.

After the building became redundant it was acquired by Sir Robert Cooke in 1984 and is now used as a church by the Greek Orthodox community.  Their first English church was established in Soho in 1677 and there are presently 111 Greek Orthodox churches in Britain with around 350,000 members.