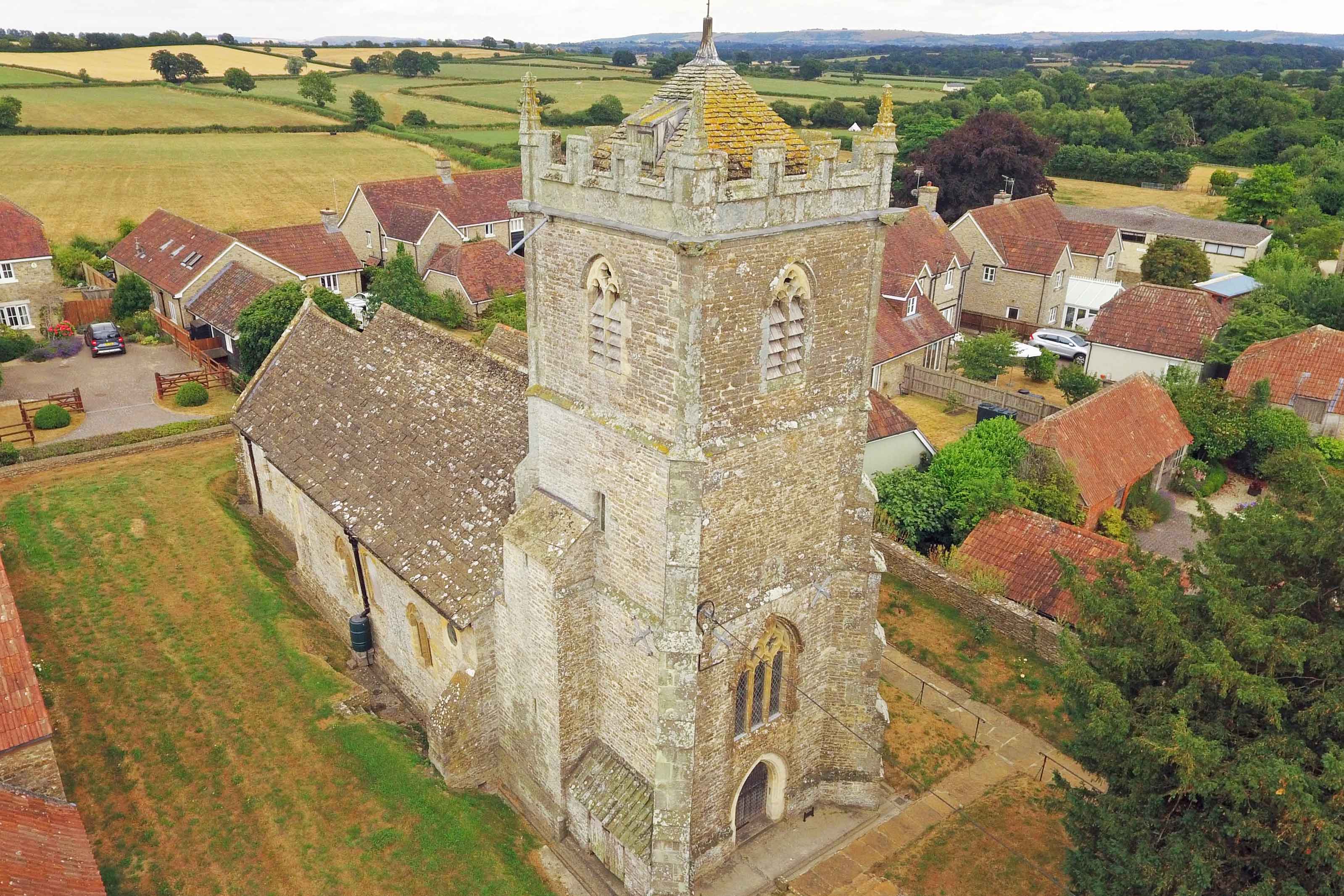 The building is largely hidden from the road and you approach up a long paved path, which heightens the anticipation, but once there you find a truly delightful little country church - as much for its looks as for the obvious love that has been lavished upon it through the ages.  Its origins are medieval and the chancel is 13c with lancets, the tower 14c and the nave 15c.  The plastered wagon roof is an excellent example and the 17c pulpit and re-sited altar rails at the entrance to the choir are particularly fine examples.  Behind the pulpit, a stair way leads up to where the rood screen once was.  Towards the end of the 19c the building had reached a parlous state and was near to collapse.  The tower was found to have footings that only penetrated the soil by about a foot. Fortunately, there followed a sensitive restoration.

Other items of interest are a memorial tablet to Aylen Fernandez by Eric Gill, 18c font and a recumbent alabaster effigy of a lady on a tomb chest.

As a commemoration of Her Majesty Queen Elizabeth II's Silver Jubilee, the 18c clock in the in the tower was restored to full working order.