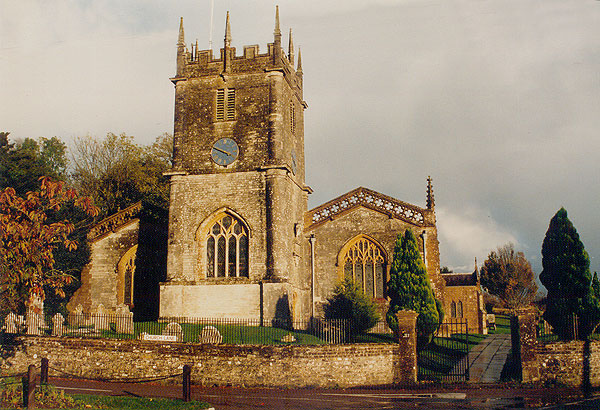 Frampton is a very ancient British settlement with its roots reaching back to pre-Roman times. William the Conqueror gave it to French Benedictine monks of the Abbey of St. Stephen in Caen, who held it for centuries. It was first mentioned in 1204, noting that French monks had established a cell and a priory. By 1293, when it is next mentioned, it had become the wealthiest in Dorset. Frampton must have become an important place because the King granted the Prior and his successors the right to hold a Thursday Market on the eve and day of St. Bartholomew's. Some of the monks appear to have been unpopular, perhaps because they managed the estate and collected the rents. During the C15, the king gave it to English monks who appear to have been better accepted. During Queen Elizabeth I's reign (1533-1602), the Browne family purchased Frampton. Frampton Court, built by Robert Browne in 1704, a descendant of Browne Cromwell, nicknamed 'Old Roman' because of his absolute insistence that King Charles should be tried, was demolished in 1932, after being sold to meet death duties.  The Trust gratefully acknowledges images and text by Robin Adeney ©