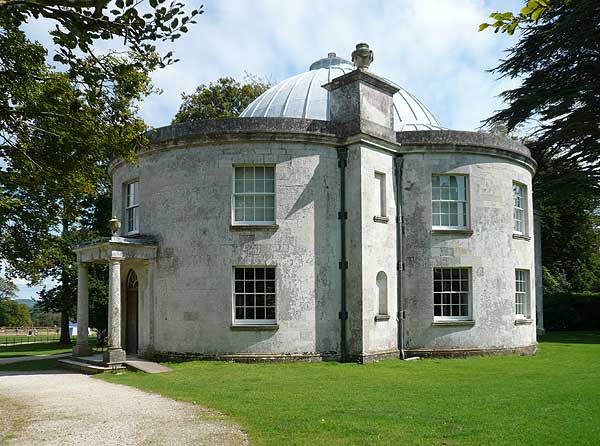 The church, near the largely restored castle in a parkland setting, must be regarded as one of the really great treasures of Dorset.  It was built in 1786–7, to a design by John Tasker.  This exceptionally pleasing, but most unusual building, has its origins in the fact that it was the first Roman Catholic church to be built after the Reformation and since the religion was still almost illegal, Thomas Weld, the landowner, had to seek the permission of King George III.  The King gave his consent provided he built something that did not look like a church, hence this rather house-like structure.   After an inspection in 1789,  it received His Majesty's approval.