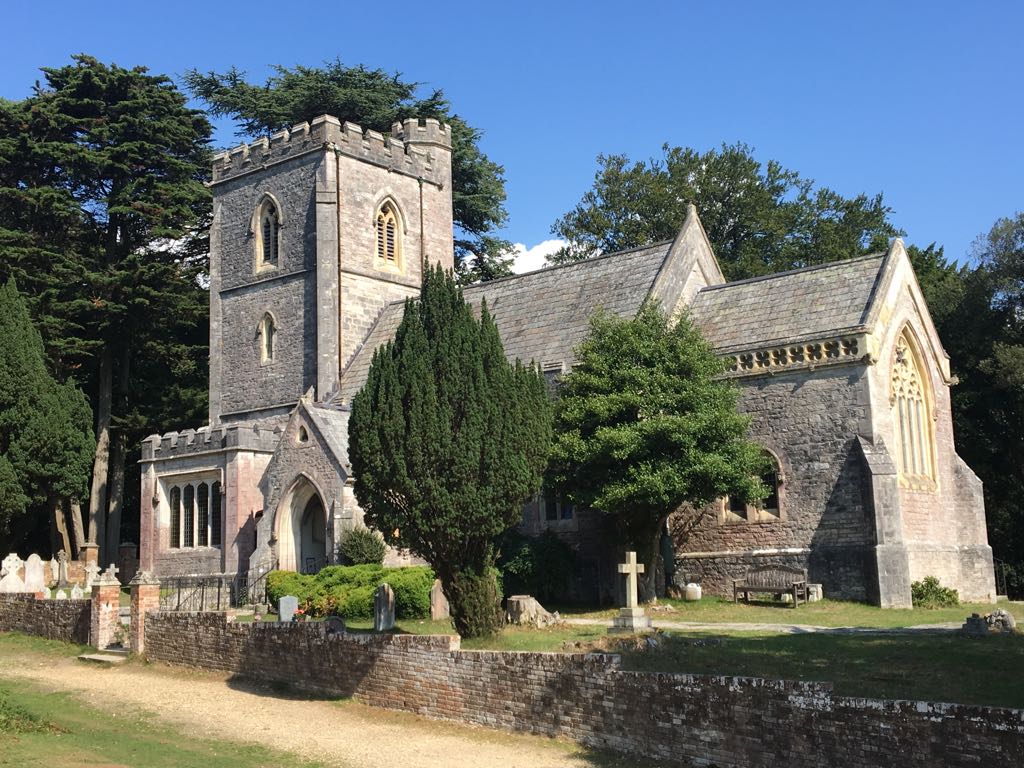 A long journey to a church sometimes heightens the anticipation and just occasionally one can feel a bit let down.  Brownsea, being an island, involves a lengthy trip including a ferry, so there is plenty of time to hope for something special.  This building and setting certainly does not disappoint and is well worth any effort involved in reaching it.

There is evidence that there was a chapel here in the 11c when the island belonged to Cerne Abbey and legend has it that it was the only building when King Canute landed.  The present church built on or near the site of the old one was consecrated in 1854 and was designed by a Mr. Blanchard in the Gothic Revival style.  It was paid for by the island owner, Col. Waugh, with possibly some help from the government. The Colonel was also responsible for major improvements to the Castle, however these expenses, coupled with the failure of his clay working enterprise on the island, led to financial disaster.  Whilst the church is attractive, it is best known for its very fine fittings and particularly the family pew incorporated into the base of the west tower.  The ceiling of 1446 and 16c panelling is thought to have come originally from Crosby Place in London.  Above the fireplace is an 17c Italian painting of the Crucifixion. A south chapel, to act initially as a burial vault for Mrs. Van Raalte, the owner's wife, was added to the tower in 1908. It now contains a tomb with a very fine life size effigy of Mr. Van Raalte.

Outside, note another owner, Cavendish-Bentinck's, burial under an ornate Venetian well-head.