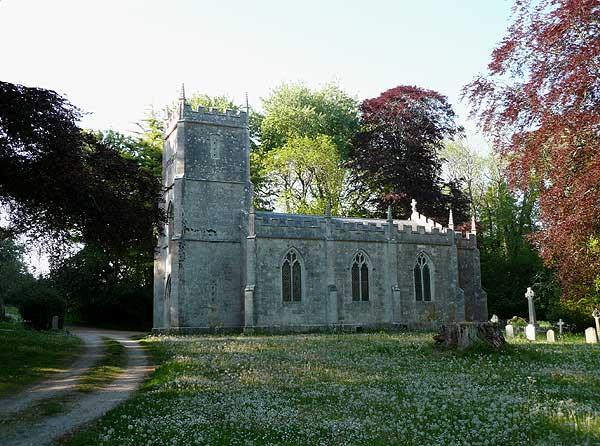 The church stands back from the road behind rather impressive gates and is surrounded by mature trees, giving it a very rural and peaceful feel.  It was built in 1827-9, to a design by Strickland (his only recorded church in Dorset).  The building was erected because the old one, just a quarter of a mile nearer the sea, was largely demolished by a great storm in November 1824.

This is a simple 'Commissioners type' church with a moulded plaster roof and large windows, which allow plenty of natural light.  The similar but smaller roof in the chancel apse is particularly pleasing.

During WW II the whole area was occupied by American troops prior to the Normandy landings and consequently the church has very close links with the United States.