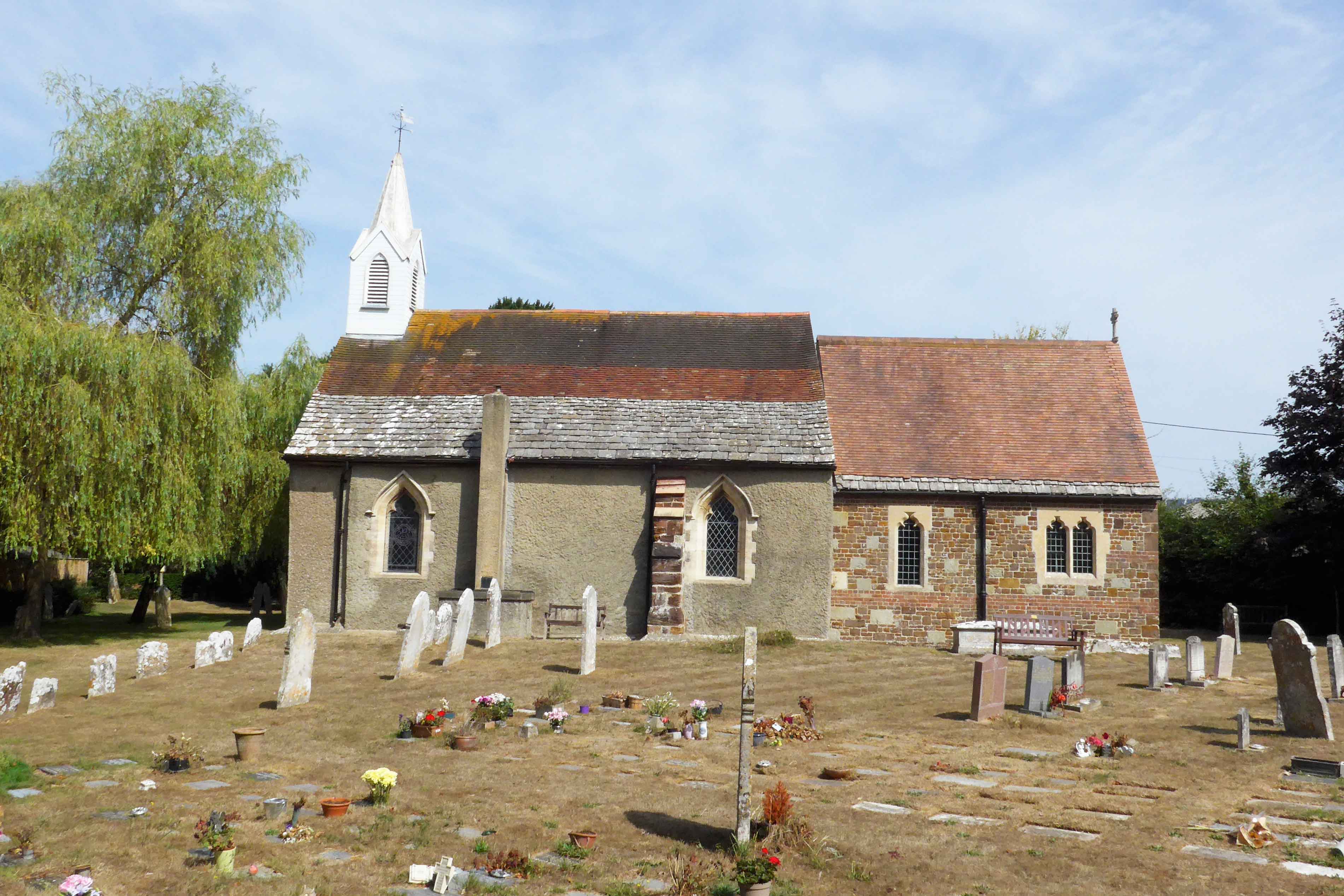 West Parley takes its name from the Saxon for Pear Tree Field, so there was almost certainly a church on or near the present site during that period.  Two hundred years later the Normans rebuilt the church and placed a new stone basin on the old font. The Records for West Parley were among those of the Bristol Diocese destroyed in the fire that consumed most of Blandford in 1731.  The Bristol Riots of 1829 destroyed later records.

The oldest parts of the building are the 12c nave and chancel arch and the entrance doorway. The chancel was enlarged and the vestry erected in 1896 by the Rev. Chudleigh. A striking feature of the nave is the stunning two-decker Jacobean pulpit with its generous tester above, the pews are of 1841.Note the pew with a table, once reserved for the patron of the living The Prideaux-Brune of Plumber Manor (Sturminster Newton) and opposite the pew for the Rector's family and servants.

Outside, note the little wooden steeple added in 1792.  Under the east window, there is a glazed and barred recess which contains an urn, which tradition suggests once held the heart of the Lady of Lydlinch.  She was once the Lady of the Manor of West Parley who married a man from Lydlinch near Sturminster Newton where she was obliged to live for the rest of her life.  Despite this, she maintained her heart was always at West Parley during life and so wanted it to return there after death.  Her body is buried in Lydlinch churchyard.

The sundial to the right of the entrance path to the church is mounted on an ancient wooden post, which is the remains of a gallows that stood on Gibbet Firs, East Parley.  On the right hand side of the porch is a vertical stone where Crusaders are said to have sharpened their swords before leaving for the Holy Land