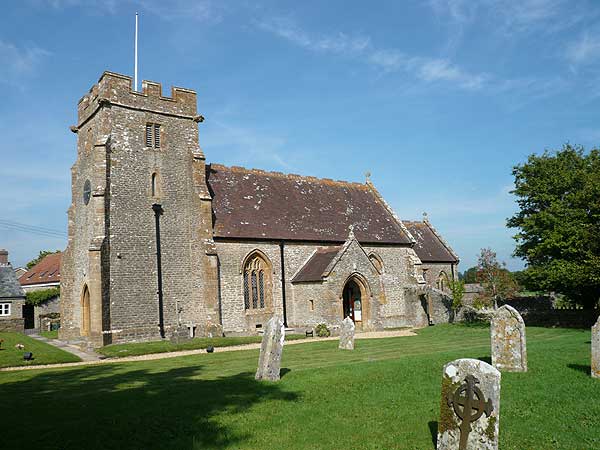 The village of Long Burton lies strung out along the main A352 road, a few miles south of Sherborne and the church is situated on the east side of the road.  The building is essentially C15, but the tower is C13.  There is an early C17 north chapel, built as a memorial, which houses two sets of fine table tombs and some exceptional effigies.  These depict Thomas Winston (1609) and Sir John Fitzjames, dressed in armour (1625), together with an identical representation of their respective wives. Inevitably, the building was pulled around by the Victorians who added a north aisle in 1873 (William Farrall).Above the south doorway there is a royal coat of arms of 1662 with the following inscriptions "Feare thou the Lord and the King and medelle not with them that are given to change" above the arms and below "Curse not the King, noe, not in thy thoughts". These were almost certainly pleas for support from Charles I during the Civil War.Arthur Mee writes in 'Dorset' that the font is C15.  Note the C17 screens: both originally divided off the north chapel from the chancel. They have now been resited, one in the tower arch and one making a vestry area at the back of the North Aisle.  Both were rescued from the vicarage where they had been dumped by the 'restorers'.The church is beautifully illuminated at night.The Trust gratefully acknowledges images and text by Robin Adeney © 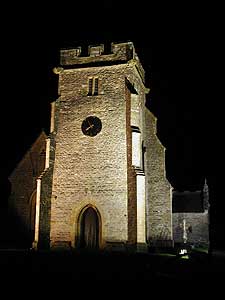