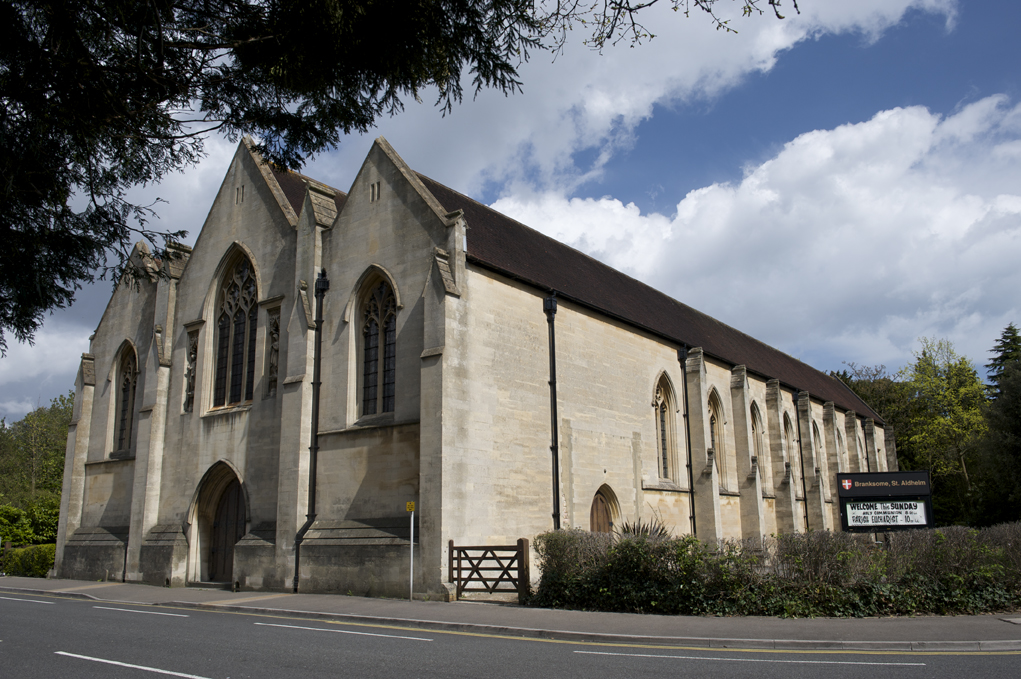 The site on which the church stands was given by R.J. Bates and the foundation stone was laid on 2nd December 1892. The famous Victorian architect, G.F.Bodley, R.A., designed the church in the style of the latest “Decorated” period.

The exterior is of ashlar work in Bath stone, and the same stone is used in the construction of the pillars and windows.

The first part of the church to be built extended from the east end up to two thirds of its present length. This was dedicated by Bishop John Wordsworth of Salisbury on 11th July 1894 in a most impressive ceremony attended by several hundred people.

The Rev. C.G. Doyne died in 1909, but his work was continued by his successor, the Rev. H.C. Percival until, on 29th June 1912, Bishop Ridgway was able to consecrate the church as we see it today.

The church was never completed. Bodleys design originally provided for a cloistered way from the south door to a campanile. Had this tower been erected it would have relieved the severely plain lines of the exterior as they now are.

At the consecration in 1912 it was reported that £800 was still needed for the furnishing of St. Aldhelm`s. There is no record of that money having been raised.

For instance, the interior roofs were painted white in 1894 ” Until such time as they shall receive colour”. The colouring has never been carried out, and although the building itself and its original fittings are of the highest quality, little has been added. St Aldhelm`s stands to mark the last high tide in English religion at the close of the Victorian era.