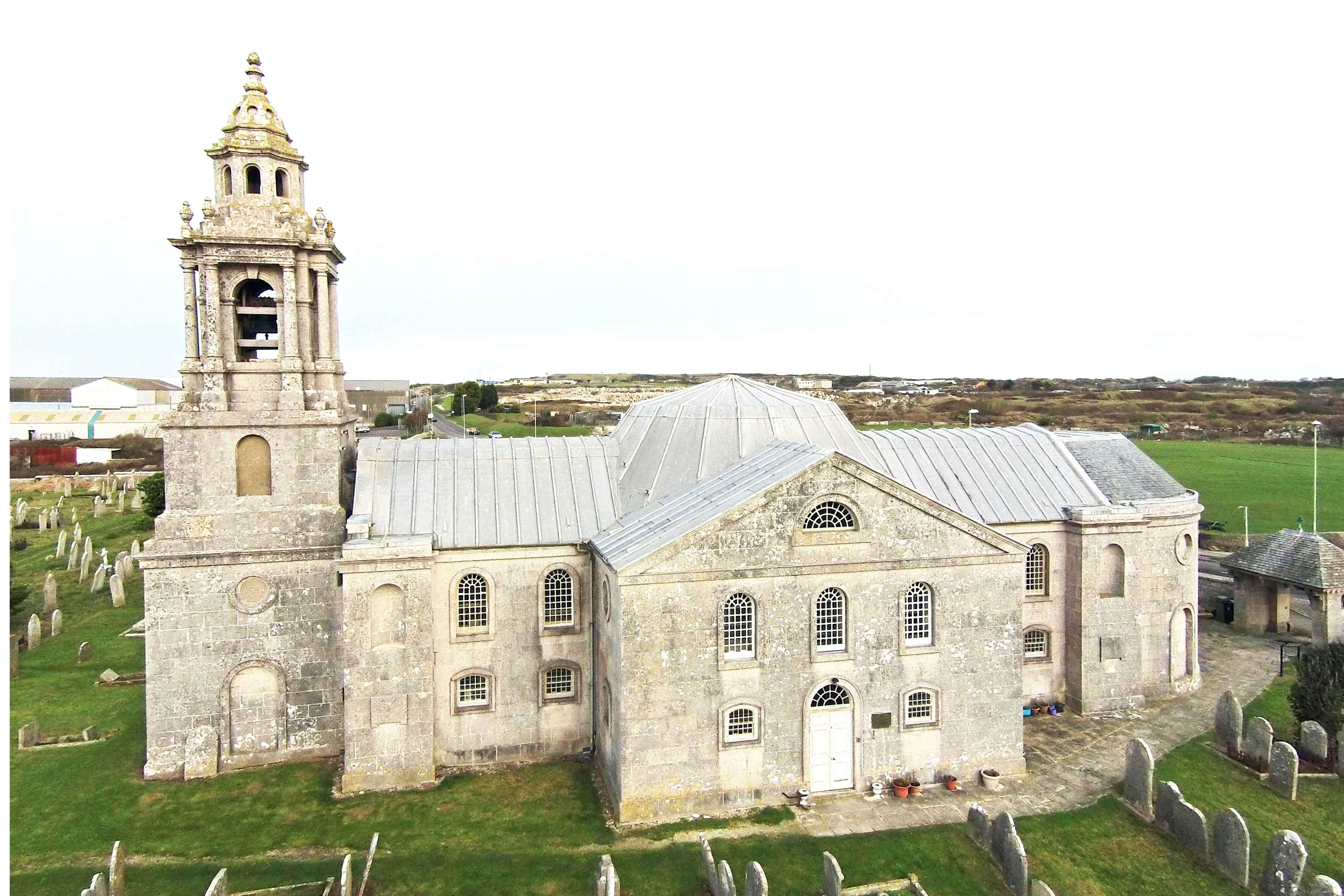 St. George's sits on top of windswept Portland as a marvelous example of a C17 church constructed of the very stone upon which it rests. This impressive building with pedimented transepts in the long facades was designed by a local architect, Thomas Gilbert, 'Gent, Architect and Master Builder' and completed in 1766. There is a suggestion that he was much influenced by the great Sir Christopher Wren, with whom he would certainly have come into contact, because of the use of Portland stone in St. Paul's, London.

Inside, one is struck by the dominance of the two central pulpits and the fact that half the congregation would have been sitting with their backs to the altar or communion table, which has been reduced to not much more than a fireplace feature. There are three galleries from where, once again, the pulpits dominate. One was used for the sermon, which could last up to two hours, and the other for reading the word. This church was built for the ministry of the 'word' rather than the 'sacraments'.

The box pews are particularly interesting because their freehold was originally sold as a means of raising funds to build the church. At the eastern end on the northern side there is a larger family pew and this was reserved for the rector's family. On close examination on the side nearest the pulpit by the aisle, a small hole can be seen. This was made by a daughter so that she could see her father in action! From time to time more money was required to carry out repairs and eventually a need arose to extend the church due to a dramatic increase in the population. By 1901, many of the freeholds were untraceable and anyway as the then bishop strongly objected to the seating arrangement, it was decided to build a new church, All Saints, Easton, which was consecrated in 1917.

Since 1971 this magnificent church has been in the care of the Churches Conservation Trust and is often open during the summer. It is quite exceptional and very well worth a visit. https://www.visitchurches.org.uk/visit/church-listing/st-george-portland.html#undefined2