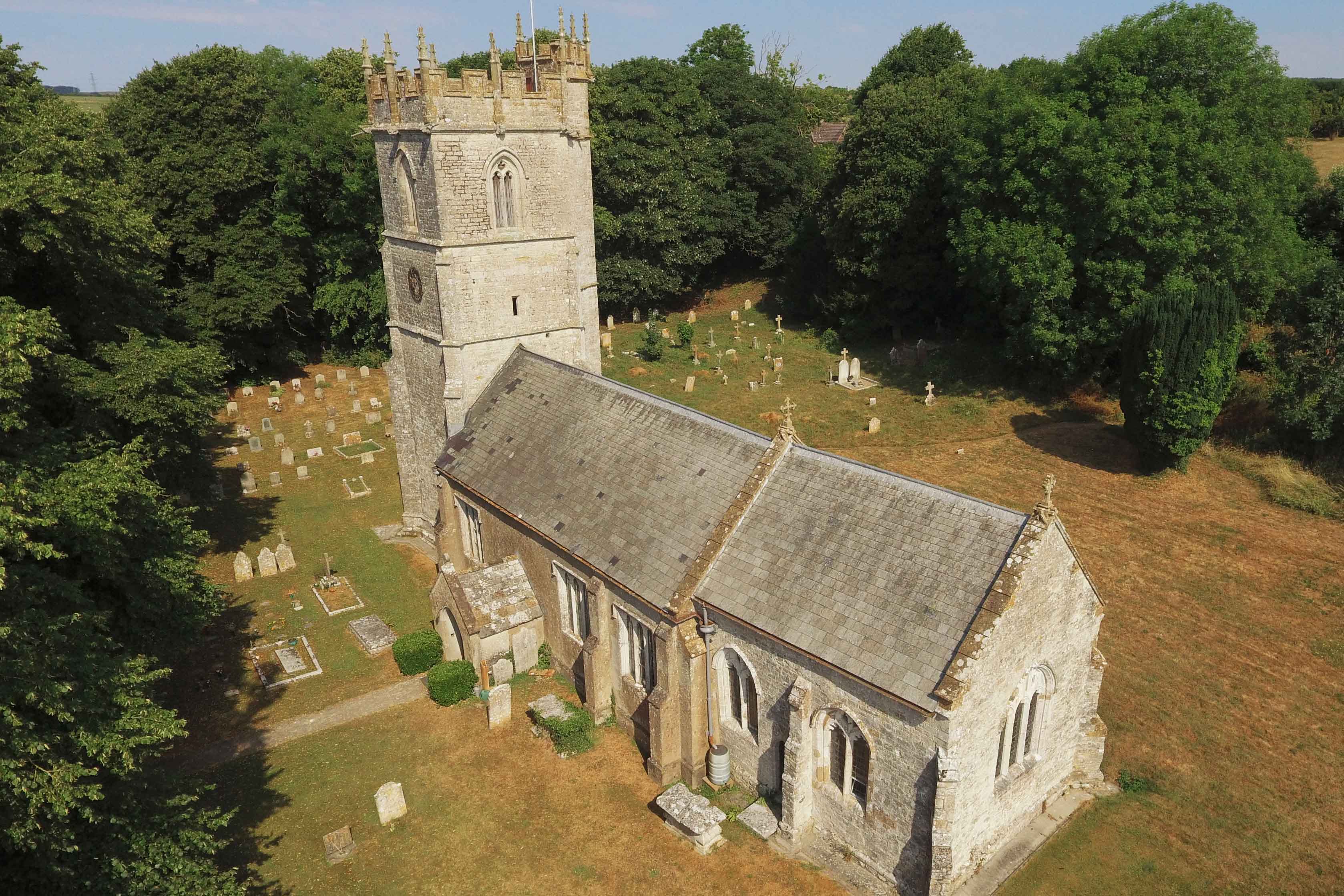 The siting of this church, in the middle of the village, yet set slightly back from its own green and among majestic trees, has been carefully done and the resulting scene is most attractive. Like so many others in the county, the building has evolved over the centuries.  The original was built in 12c, but it was rebuilt in the perpendicular style when the tower was added in 15c and finally ‘restored’ in 1905.The piers and arches of the nave are early Norman as is the square font (about 1125) with its interesting later cover.  The Chantry of St. Martin was founded in 1367 and was probably in the north aisle where the Lady Chapel now is.  The present pulpit is sadly a cut-down version of the original three decker of 1626.  The wall panelling was fashioned from the old family pews when they were removed to make way for more modern seating. The chancel is a good example of a ‘droop’, although according to the excellent little church guide, there is apparently no documentary evidence to confirm it.  The inclination to the northeast symbolises Christ’s drooping head on the Cross. Note the very rare George II (died 1760) hatchment; most are George III or later. The Trust gratefully acknowledges text by Robin Adeney and Drone Photography by Richard Noble. DHCT © 2018