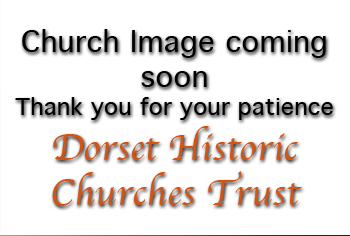 The Parish Church is dedicated to St. George and is at least the third, and possibly the fourth building on the site. Hutchins in 'The History of Dorset' describes the church as "an ancient building, consisting of a chancel, body, and two aisles, whereof the north is a small one belonging to Wilkswood farm, and was probably a chapel made use of by that priory: the south aisle is of equal length with the body of the church." On the west wall the remains of a chapel built about 1290 can be seen and the embattled tower was added in the 15th century.In 1828 the church, with the exception of the tower, was taken down and rebuilt with nave, chancel and south porch. However in 1876 this larger church became unsafe because of smuggling activities in the roof and was demolished and rebuilt.The rebuilt nave and chancel are of Purbeck Stone decorated with Portland Stone, Purbeck 'Marble' and Studland Sandstone. Housed in the old tower are a trinity of bells, the tenor being the original of about 1420.